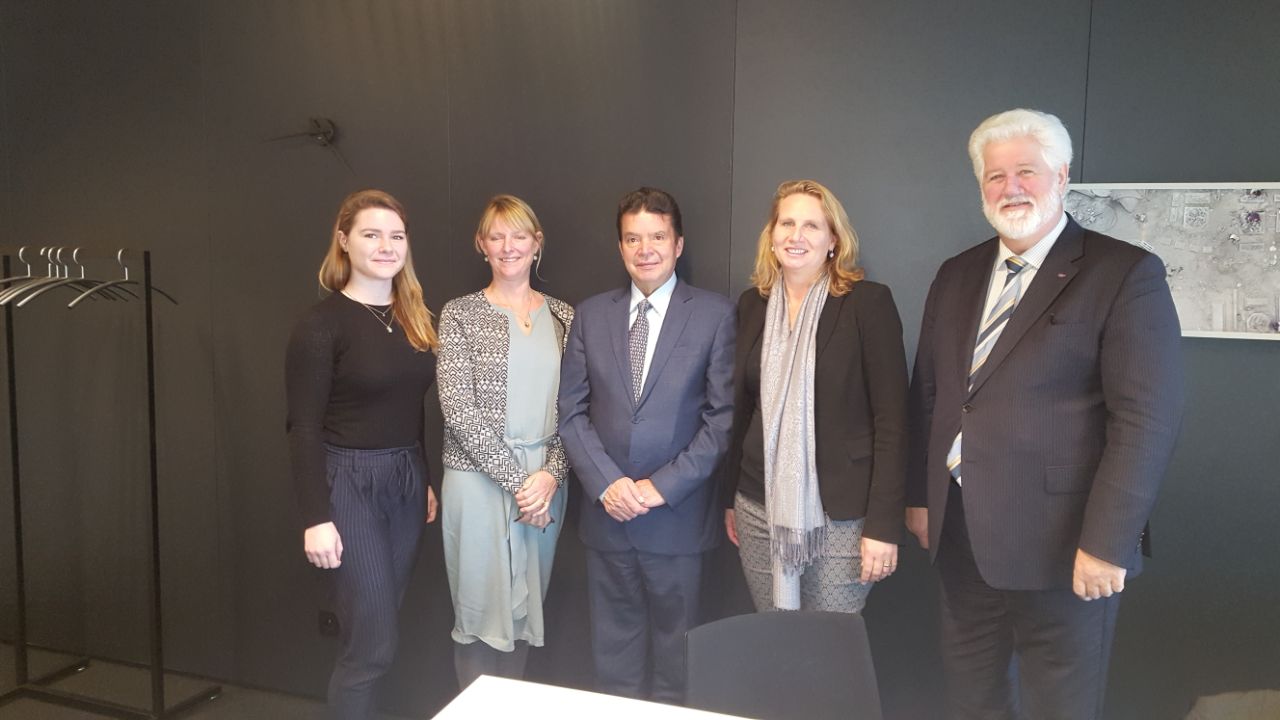 The General Confederation of Labor – CGT is pleased to welcome you to its Publications Portal, which is developed periodically with specialized information according to the subject.

Our publications are divided into:

The emblems that symbolize the nature, characteristics, values ​​and principles of the CGT and indicate our historical project are represented in the Shield and Logo, the Flag and the Workers’ Hymn

The anvil, universal symbol of the industriousness and transformation of the human being, the grasped hand, which connotes the organized power of the working class. The torch, lighting the path that the working class must follow to achieve its definitive liberation, in a new society without exploited or exploiters.

Made up of two (2) horizontal stripes of equal size and a triangle, which starts at the left ends and ends in the center.

The upper band of RED COLOR signifies the blood that the workers and the people have shed in defense of their demands, freedoms and rights, and of the victims of the political, economic and social violence that affects the republic.

The lower strip of COLOR YELLOW, symbolizes the intellectual and moral wealth of the people and the workers and the one they create, the product of their effort and sacrifice for a more just, humane and sovereign Colombia.

The COLOR NEGRO triangle symbolizes the unshakable and unshakable will of the workers and the Colombian people, to build their own organized power, capable of guaranteeing us the definitive liberation.

National and international legislation authorizes the creation of first, second and third degree union organizations of workers and employers, according to articles 39 of the political constitution of Colombia and articles 359 and 417 of the substantive labor code, among other provisions. relevant legal. The general labor confederation is a third-degree organization that brings together workers and trade union and social organizations, identified by its acronym CGT, created since 1971 and with legal status no. 002230 of July 14, 1975, published in the official gazette no. 34382 of August 21, 1975.

organization of workers with a social philosophy, conception of man, starting from the human being, with ideas, with values, with principles, with ethics, morals and culture, with precise and solid norms that have the ability to respond, interpret and mark tracks fundamentals, reflection, criteria, it is also nourished by historical values ​​of the labor movement, such as freedom, social justice, fraternity, solidarity, and with the experiences of the struggles that allow the elaboration of one’s own thought, projects, proposals and responses concerning to the world of work and society in general; basically, a workers’ organization that is the bearer of a project of a society of democracy for the development of social justice, in favor of the Colombian people.

MY DUTIES AS A CEGETIST

a) Promote and achieve the active participation and involvement of women and men within trade union and social organizations.

b) Rigorously comply with the mandates of Congress, the Confederal Board, the National Executive Committee and the Executive Board.

c) Punctually pay the ordinary quota established in the Statutes and the extraordinary ones established by the National Congress and the Confederal Board, as well as the corresponding participation by Collective Bargaining.

d) Offer the broadest solidarity to sister Organizations that are in conflict.

e) Promote activities that help to generate resources for the support of trade union and social organizations.

f) Be represented before the National Congress through delegates and attend the meetings of the Confederal Board when they become part of it.

g) Not to carry out campaigns or activities that contravene the statutes, principles and the fighting platform of the Confederation.

MY RIGHTS AS A CEGETIST

b) Request and obtain mediation and labor, union, technical or assistance advice from the National Executive Committee or its representatives, in conflicts, problems of all kinds that they face in defense of the working class, the rights of members ( as) and their Organizations.

c) Participate through their delegates in statutory and regulatory events of the Confederation.

e) Access the services provided by the CGT or product of strategic alliances or cooperation agreements with lower costs in training, restaurant, cafeteria, hotel, etc.

f) Participation in trade union, social and life and work training, imparted by the CGT at the national level.

MISSION OF THE CGT

We are a Confederation of Workers that from its origins has advocated for the defense and vindication of the rights of the working class, seeking the construction of a new society that guarantees decent work, the payment of fair wages, the proper distribution of land for the achievement of a decent standard of living for the Colombian population.

VISION OF THE CGT Colombia

To be the most representative Confederation of Workers and with the greatest capacity to convene and mobilize, working in unity of action with the other expressions of the workers’ movement, actively participating in all the instances that are necessary, having as a goal solidarity, equality, democracy and justice.

The Departmental, Sectorial or Professional and Departmental Sectional Federations ARE AN ORGANIZATION MECHANISM AT THE NATIONAL LEVEL and may be created in accordance with the provisions of the law.

TO DO THIS, THEY ARE RECOMMENDED to obtain their own legal status and they will ALSO represent the Confederation according to their radius of action; They cannot in any way employ national legal status, or acquire financial commitments on behalf of the National CGT.